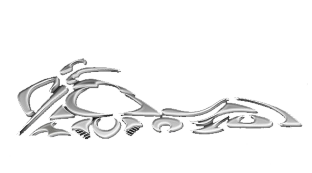 Purpose of this Procedure
It is the IOCUK policy to ensure that any Club Member with a grievance relating to their membership
or any other matter related to the Club can use a procedure which can help to resolve grievances
as quickly and as fairly as possible. The grievance procedure does not form part of the Club Constitution
and the IOCUK reserve the right to alter the procedure from time to time.

It is however important that the correct grievance procedure is followed and any grievance is not posted
on the open forum otherwise it will be removed.

Step 1 - Informal Discussion
If you have a grievance, you should discuss it informally with the IOCUK President or other Club Officer
via a PM.  We hope that the majority of concerns will be resolved at this stage.

Step 2 - Formal Discussion
If you feel that the matter has not been resolved through informal discussions, you should put your
grievance in writing (an email or PM will be most effective way in this case) to the President of the IOCUK,
who will discuss the grievance with you, investigate the problem and take necessary steps to resolve the
issue.

At this stage, it is important not to publish your grievance on the open forum. Most of the issues can
be resolved at the first stage – during the Informal Discussion.

Officers Vote / Public Opinion
If the matter is not resolved or you are unhappy with the outcome, you may request in writing or via
a PM engagement from all Club Officers. Your grievance (depending upon it's nature) MAY be published by
the committee in a separate post (in the members only section). At this stage all of the IOCUK members
will have chance to express their opinions in the time scale dictated by the Club President (usually no
longer than one week).

After that the Club Officers will officially take a Vote/comment on about the matter and a decision will
be made. This decision is final and will be officially published. The Grievance Post will then be locked.

There are many "HOW TO's" and info about the forum in the link below.

» Club Shop - Back up and running!

» How to become a full Club member